The Curious Tale of the Thomas Lipton Cup

Upon entering West Auckland, a modest village in County Durham, a sign proclaims 'home of the first world cup'. While not entirely factual, the audacious claim isn't too far from the truth.

Nestled between the mountains and paradisiacal coastline of Sri Lanka, some seven thousand miles from West Auckland, is a small town by the name of Kandy. It came to prominence, through western eyes at least, as a meeting and resting post for pioneering British businessmen of colonial British Ceylon. The kind of men, mostly in the tea plantation business, who insisted upon a three-piece suit and thick, bushy, and carefully groomed moustaches, despite the tropical climate. Colonial times saw many an over dressed British man making himself at home in a tropical and far flung hotel lobby, and Sir Thomas Lipton was no different.

Having been granted stewardship of his parents grocery store as a young man in Glasgow, Lipton quickly expanded, and soon had a small empire of three hundred stores throughout Britain. At the time, tea drinking was taking off as the 'in thing' of the middle classes. As an enthusiastic traveller and a pioneer, Thomas Lipton was fast to see an opportunity. 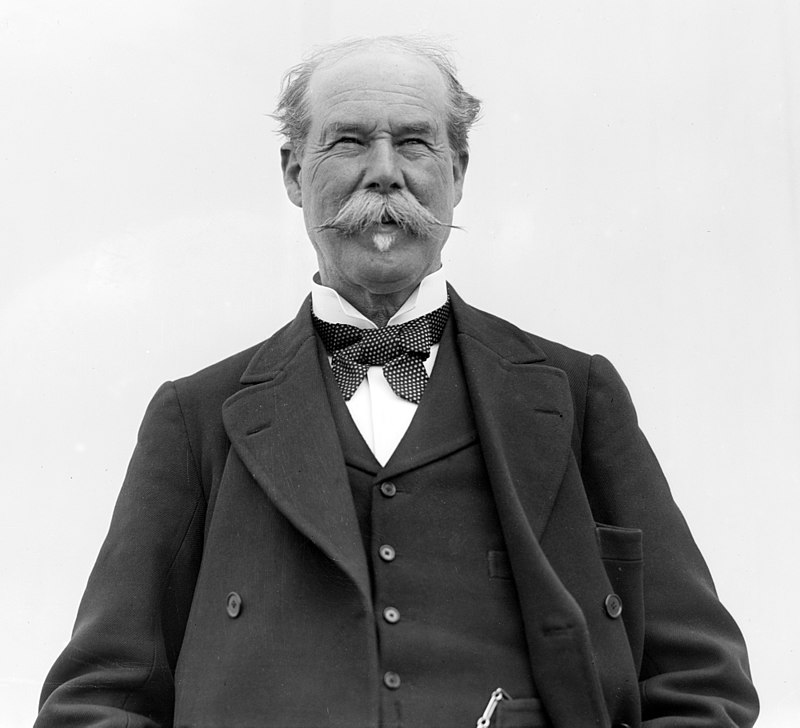 As most tea was bought via pricey and competitive markets in London, Lipton proverbially cut out the middle man, and in 1890, used a sizeable chunk of his profits to buy a Sri Lankan tea plantation. Afforded by obtaining the direct source, his low prices made tea available to the working class masses, and his, "fresh from plant to the cup", slogan did more than enough to capture the imagination. It's with some degree of certainty that we can say that only thanks to Sir Thomas Lipton, did Britain become avid tea drinkers.

Lipton, by the early 1900's an internationally-known business man. He was, all at once a millionaire, philanthropist, pioneer, traveler, sportsman, and adventure junkie, had participated in yachting's Americas Cup before he turned his attention to association football. He was awarded the 'Grand Order of the Crown of Italy', and as a thank-you, Lipton sponsored and donated a trophy to a fledgling football tournament.

Many sources list the 'Thomas Lipton Trophy' as a ground-breaking forerunner to the first World Cup in 1930. However, Lipton's competition wasn't open to international teams. Instead, the FA's of England, Switzerland, Germany, and Italy were invited to send representation from their best clubs. Enthusiasm was high. FC Winterthur represented Switzerland, Stuttgarter Sportfreunde came from Germany, and as host city, the Torino XI featured the best of Torino and Juventus. England's FA sadly declined the invitation, but Lipton wasn't having the tournament without English representation. For reasons unknown, as Lipton was born in London and based in Glasgow, he personally chose West Auckland. An amateur club from County Durham, made mostly of local miners. 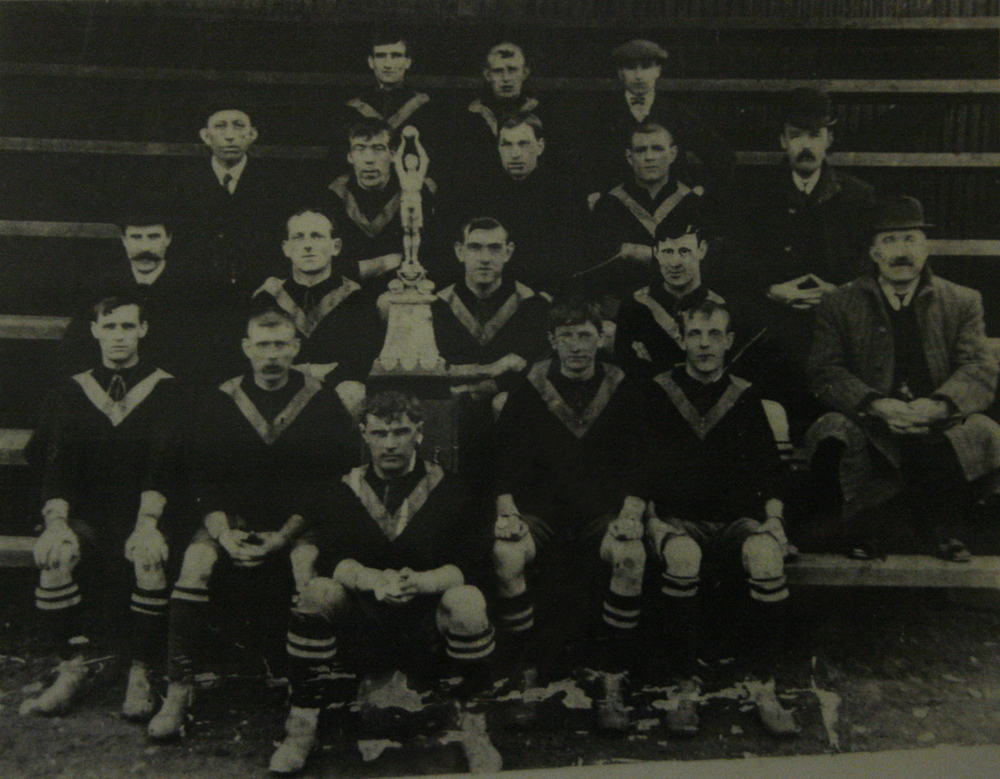 The tournament was played in April 1909, over the Easter weekend. Saturday 11th saw the two semi-finals, with the third place match and showcase final played the following day. Stuttgaarter Sportfreunde, who now ply their trade in the regional ninth tier of German amateur football, provided semi-final opposition to the unknown West Auckland team. The boys from County Durham remarkably won 2-0 to book their place in the final. The second semi-final saw FC Winterthur upset the hosts, beating the Torino XI 2-1. Winterthur, national league champions in 1906, 1908, and 1917, currently compete in the second tier of Swiss football.

West Auckland stunned the Swiss team in the final, recording a 2-0 victory with two goals in the first eight minutes. The third place play-off saw some credibility salvaged by the hosts, as they overcame Stuttgarter Sportfreunde 2-1.

It wasn't quite the 'first world cup', but it was a prominent occasion which was widely reported in international news. Technically speaking, it wasn't even the first international club tournament. Just a year prior in 1908. and again in the city of Torino, the Torneo Internazionale Stampa Sportiva was organised by Italian sports paper, La Stampa Sportiva. An Italian-only pre-qualifying round saw Juventus, Torino, FC Ausonia Milano, and Piamonte Calcio face off, with Torino qualifying for the tournament proper. They were joined by Swiss Servette FC, Freiburger FC of Germany, and US Parisienne of France. Juventus oddly returned for the third place play-off. Servette FC won in the final, 2-1 against Torino. A year later, however, none of this bothered West Auckland too much, and they took home the giant Thomas Lipton Trophy, and secured their place in the following 1911 edition of the tournament.

Two years later, again in Torino, West Auckland overcame FC Zurich 2-0 in the semi-final, and then recorded what perhaps should be the most famous result in European football in the final. Juventus 1-6 West Auckland. If there were vidiprinters in 1911, the bracketed text (six) would surely have been required. The third place play-off was contested by FC Zurich and Torino, with the Italians winning 2-1.

West Auckland's prize for a second successive success was to keep the trophy for good. Perhaps a good will gesture, or perhaps an early admission that international football tournaments are expensive to run, as the Thomas Lipton Trophy was never played again. Speaking of expense, two trips to Europe had left the club in rather serious debt, and the most valuable item in West Auckland's possession was indeed the Thomas Lipton Trophy. Said trophy was quickly used as security for a £40 loan. Though the tournament didn't live on, the silver trophy certainly did. In 1964, Mrs Lancaster, a former hotel owner who had provided history's £40 loan, kindly let the club take the trophy back, for the cost of £100. For the best part of three decades, the trophy took pride of place in the West Auckland Working Mens Club trophy cabinet. Misfortune arrived in 1994 when the trophy was stolen, and it hasn't been seen since. Fortunately, Unilever (of whom Lipton's Tea remain a subsidiary) were kind enough to sponsor a replica, which remains safely in the possession of West Auckland FC.

Obtaining a replica trophy wouldn't be the only time Unilever stepped in the support the legacy of the Thomas Lipton Trophy.

In the name of romantic nostalgia, pomp and ceremony, and as an excuse for a jolly boys outing, a centenary re-match was arranged in the August of 2009. Sponsored to the tune of £10,000 by the English FA, and £5,000 by Unilever , Juventus of Serie A would face West Auckland of the Northern Premier Division in a commemorative pre-season friendly.

Complete with a rather fetching re-make of the 1909 strip, a party of forty players and club officials left West Auckland by coach, and made the twenty-eight hour drive to Piemonte in northern Italy.

Though what should have been something of a jovial footballing celebration regrettably became a rather hopeless non-event. The boys from County Durham arrived in Turin to discover no-one at Juventus knew anything of the arranged fixture. To their credit, Juventus hastily arranged a friendly with their under 19 side, at a amateur stadium half an hour outside of Turin. To make matters worse, the West Auckland entourage had to pay to enter the stadium, beg for a souvenir pennant, and after the match, while the Juventus youths were enjoying fresh salmon, the British boys were commiserated with cola and crisps outside a local bar. For the record, Juventus won 7-1, and Keith Hutchinson scored Auckland's consolation. The somewhat tragic episode is accounted for in the local Northern Echo. West Auckland's class of 2009. Image from here.
Posted by Glenn