Rolling out of the driveway in St Peters Close felt like the start of a journey. Cycling jerseys removed of stains, blood, sweat, and tears, and replaced with a fragrance of unidentified freshness. Bikes devoid of squeaks, creaks, and dirt. Legs rested with the inactivity of a day of rain and sitting on ones arse watching live recordings from the Glastonbury festival. The only habitual ritual was cake, only todays cake was consumed before departure in honour of my 32nd birthday. Em's mum had baked an orange and vanilla cake, which was lapped up with double cream and raspberries. Two further portions of which were packed for the road, and not so sneakily consumed at the first pit-stop of the day in Ross-en-Wye. 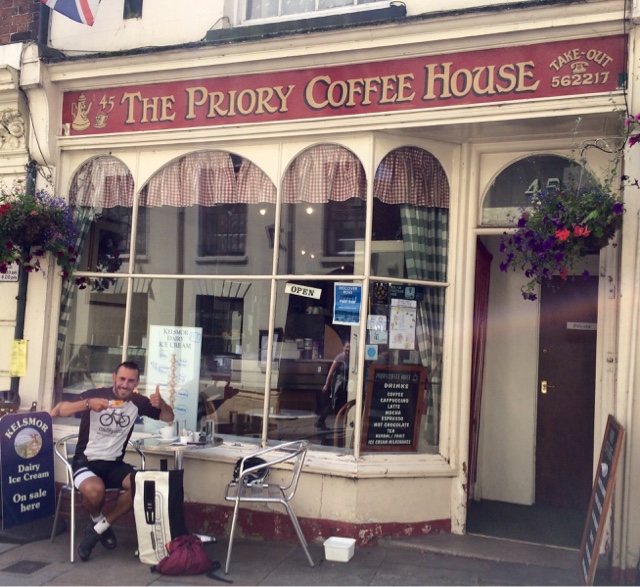 From Ross-en-Wye, we pretty much followed the scenic valley of the River Wye south. This was rolling English countryside at it's best, even though we were so close to the Welsh border. The one serious climb of the day came at Symonds Yat, which although sounding like a genetically modified rodent, was actually just a steep incline. The celebratory mood at the top was somewhat dampened by realising we'd left the small saddle bag at Em's parents' place in Hereford. Within it were the spare inner tubes, tyre changing levers, puncture repair kits, and the highly-lauded but under-used multi-tool. After several loud expletives, startling several families in the vicinity, we reached an unspoken agreement to replenish our stock at the next bike shop, and not try too hard to tempt fate into giving us a flat.

From the summit of Symonds Yat it was generally a downhill, generally heading south, and generally sticking to the quieter B-roads to avoid the A49. Once we found the B4228, we hit the proverbial auto-pilot and cruised out of England, into Wales, and immediately bought hot Welsh cakes at a market stall, before finding a wonderful Italian Cafe called 'Mamma Mia'. "Mamma Mia" was also the cry as we deliberated over lunch, confused by our own hunger levels after the Welsh cakes. Pushed by the hard-selling Italian owner, we ended up panic ordering 4 starters to share, and a couple of aqua frizzantes. The sun shone, our table creaked under the collective weight of calamari, caprese, brushetta, and salads, and two girls were busking with a heady mix between acoustic and operatic tones. We could have been anywhere but Chepstow. But, in Chepstow we were, and straight after an espresso and a triumphant fart, it was up on to the suspension bridge, and back into England on National Cycle Route 4. Bristol was to be our final destination, but only after the Sustrans Gods (and our own eyesight) had let us down once again. Having followed the fatal blue signs, by the time we found our route into Bristol to be doubling back on itself, it was too late, and a serene waterside route into the city became a rushed job of weaving in and out of Saturday evening traffic.

It's funny, wherever we depart, wherever we're heading too, and whenever we leave, we alway arrive at 6pm. Too late for a bike shop, but right on time for dinner and drinks. 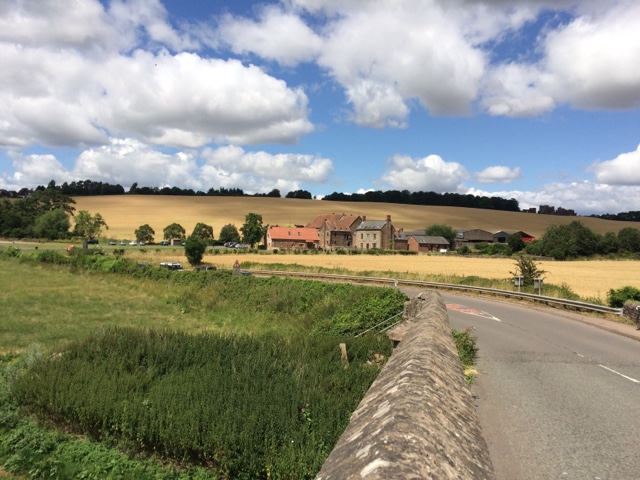